The Lurkers won’t recall their return to High Wycombe on Wednesday 6th June 1979 which much pleasure.  The London based band owed their background more to ‘pub rock’ than ‘punk rock’ and when faced with a resurrected version of local boys, The Xtraverts as support, there was only ever going to be one winner.

The Lurkers had appeared at the Town Hall the previous July at the height of their popularity and were looking to carry that relative success over into 1979.  The Town Hall date was the opening night of a tour to promote their latest single, ‘Out in The Dark’ and new album ‘God’s Lonely Men’.  The single crept into the UK charts at No.72 in the week they visited High Wycombe but would drop out again the following week – perhaps summing up their fortunes at a time when the media were keen to find the next the next musical trend.

To give an idea of the landscape of British popular music at the time, a glimpse at the UK singles chart for that week has Blondie’s ‘Sunday Girl’ in the No.1 position.  Elsewhere in the Top 30, there were several acts that had played High Wycombe in the previous two years or so.  ‘Roxanne’ by The Police were at No.16, ‘Masquerade’ by The Skids at No.17, The Clash with ‘I Fought the Law’ at No.24, The Damned with ‘Love Song’ at No.26 and Elvis Costello with ‘Accidents Will Happen at No.30.

Meanwhile, The Xtraverts, led by singer and founder member Nigel Martin, has their roots very much in the spirit of The Sex Pistols, with ‘Hate’, ‘Anarchy’ and ‘Chaos’, giving their now mainly teenage following a feel for what it may have been like to witness the original punk scene in late 1976/early 1977.  Promoter Ron Watts had given them a rare chance to grace the Town Hall stage following their return with a new-look line-up a few weeks earlier at The Multi-Racial Centre.

The line-up of the Xtraverts at the time of this gig is believed to be, Nigel Martin (vocals), Steve Westwood (guitar), Mark Chapman (bass) and David Lee (drums).  Drummer Lee recalled his introduction to band and the Lurkers gig in an interview for boredteenagers.co.uk in April 2006.

Lee had been to Wellesbourne school in High Wycombe with Chapman in 1978/79 and was invited to audition for The Xtraverts alongside Martin and Westwood, even though he wasn’t totally into the punk scene.  Lee recalls: “Anyway here I was playing in a punk band, a little different for me as I was into Deep Purple and that kind of thing. I thrashed out a number of tunes and I was in!”

Lee said his finest hour was supporting The Lurkers at The Town on 6th June 1979: “The local support was fantastic. I had just bought a new Ludwig vistalite kit from the States. It looked great and sounded big!  My first gig with the kit was supporting the Lurkers.”

Lee continued:  “We had a sound check and all seemed well.  I met the Lurkers drummer ‘Esso’ who admired my new shiny kit.  We went on and then all hell let loose – The sound completely died.  The fans thought it was the Lurkers sound engineers, all you could hear was my acoustic drumming! What had happened was, the evil sound limiter.  The council were having a meeting and cut the sound.  Not Good!  Meanwhile, we eventually rectified the problem and the sound came back on. We blew the place away the fans went mental pogoing and spitting in appreciation. In fact the fans booed the Lurkers off the stage wanting the Xtraverts back on. The Lurkers were very upset!”

The Lurkers set-list would have been drawn from the following songs as performed at the Lyceum on 24th June 1979 but it’s not sure how far they got through their set before calling it a night.

The appearance by David Lee’s for The Xtraverts turned out to be his last!  “Now as I wasn’t a true punk- not into the dyed hair, safety pins, tattoos etc.  All I could see was my new black Ludwig vistalite kit caked in SNOT! I loved the band but I also loved my new kit!! That was the last gig and I left the band.”

Lee was replaced shortly afterwards on drums by Andy Crawford and The Xtraverts continued to gig in around High Wycombe during the summer -building up an even more enthusiastic following, spurred on by such songs as ‘Police State’, ‘Individual’, ‘Who Sent the Boys’ and ‘I Hate You’ – the latter including the lyrics

Lead singer Nigel Martin spoke the local press a few weeks after The Lurkers gig: “That was fantastic. The Lurkers were really mad  l don’t think they’ll ask us to support them again.”  He added: “All the papers and the bands keep saying that punk is dead, but there’s a lot of punks in the Wycombe area and we’re the only group staying true to the ideals that punk first stuck to.  We don’t want to be millionaires and live in Los Angeles, ·and we won’t sign with some major company and be patronised. We want to play our music to our fans because they’re the ones who’ve stayed with us all along.”

The Sex Pistols hit the headlines again on Tuesday 7th June 1977 after a publicity stunt promoting their new single, ‘God Save The Queen’, attracted the attention of the police.  This was the occasion that The Pistols and their entourage launched their very own Silver Jubilee celebrations on a boat down The River Thames.

Nag’s Head promoter Ron Watts and his right hand man ‘Bruv’ were invited to the boat trip.  The event has gone down in punk folklore alongside the infamous Bill Grundy evening in December 1976.

Various versions of the events that day have been recollected.  Julian Temple’s film record gives a visual reminder, while Ron Watts recalls the day in his autobiography [100 Watts – A Life in Music], saying:

“It was all a big fuss about nothing but the tabloids had their headlines, another fire of moral outrage was fuelled and the public got their ration of scandal.  Just another day at the office, but it was to prove the last time I ever saw the Pistols play live.”

This is some fairly decent quality footage of the afternoon from YouTube.

Anarchy in the UK

Monday 6th June 1977 saw Swindon’s XTC return to The Nag’s Head for a second appearance within a month as record companies continued to ponder offering them a record deal.  A contract was eventually agreed in August 1977 with Virgin Records and their debut release followed a month later. 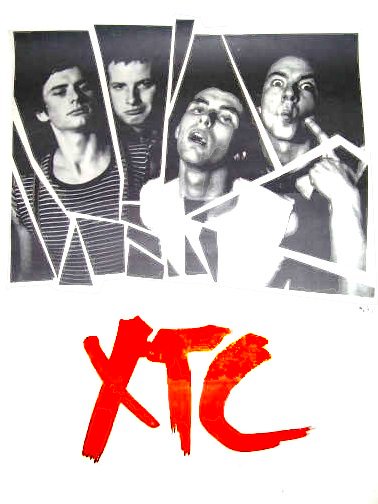 Nag’s Head promoter Ron Watts had first seen the band at The Plough, in Shelbourne, Wiltshire (near to where his family had originated). Recalling XTC in his autobiography, Watts said: “XTC weren’t anything remarkable at the time, yet they had a certain quality about them and they plugged away getting bigger and more appreciative audiences until they suddenly changed style and became pop stars.”

It was on the verge of their ‘pop-star’ status that XTC returned to High Wycombe for a Watts’ promoted appearance at High Wycombe Town in May 1979.

This is the promo for their debut release, Science Friction.