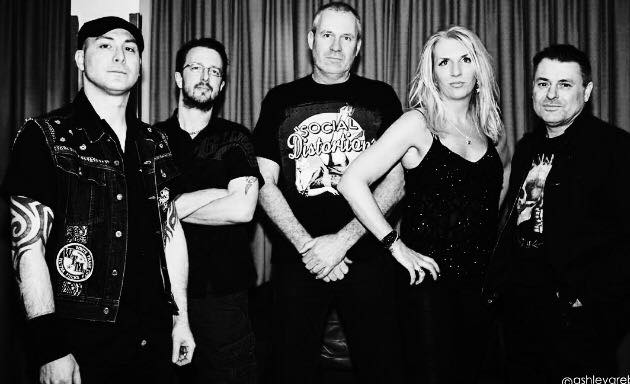 This gig has taken place and what a great evening it was!
All 150 tickets sold out and there was a surprise when the support act was announced as a tribute to Basta Roc – John Fleming taking on lead vocals for a mixture of old Basta songs and punk classics.

Pictures and YouTube clips from this gig to follow. If you have any pictures or video, please feel free to post these in the comments section below.

This was the pre-gig message from The Relics: “Many of you will have known Gareth Jones from legendary Wycombe band Basta Roc a bandmate and dear friend of our guitarist Pete.  Sadly Gareth passed away in 2016 and half the profits from this gig will be donated to The British Heart Foundation in his memory. The other half of the profits will go to Heritage House School in Chesham – a special school for pupils aged between 2 and 19 years who have severe, profound and multiple learning difficulties. This school is particularly close to our hearts and they truly deserve our support.” Buy tickets, donate and share this gig via the justgiving.com event page. Tickets are £10 each. Please make sure your name is in the ‘message’ section of your donation. https://www.justgiving.com/crowdfunding/TheRelics The Relics on Facebook https://www.facebook.com/TheRelics001/

The Useless Eaters play The Three Tuns in High Wycombe on Saturday 1st April 2017, in what will be one of the first gigs to be held at the venue formerly known as The Hobgoblin (and before that The Three Tuns!).  It was thought the conversion to a sports bar would mean the end of live music at the popular venue.  Leading punk tribute act, The Useless Eaters, had been booked to play The Hobgoblin the weekend it was suddenly shut-down for the conversion but now they are back and come highly recommended if you are into your old school punk.  Expect The Damned, Clash, Sex Pistols, Buzzcocks and anybody else you can see on their poster  below– plus some not so obvious or regularly heard covers.

Another quick look at their poster, also reveals at least ten faces who actually played High Wycombe in the punk hey-days of 1976/77. Can you spot them?

Read more about The Useless Eaters on their Facebook page.

Skirtbox started playing back in 1997 and returned to High Wycombe for a 20th anniversary show at Bucks Student Union on Saturday 18th March 2017, with The Social Club and Fireapple Red advertised as support. However, it looked like The Social Club had to pull out at the last minute.

“A special one-off show to celebrate 20 years since the debut of the mighty Skirtbox!!! For many of these years the guys have been performing as JETTBLACK but its back to the fast and furious punk rock inspired years that we are remembering on this night, in the same year that Alternator Gigs celebrate 15 years of putting on gigs… one of the first ever ones involved Skirtbox back in 2002, a few gigs later Alternator put on Captain Everything! (with Howards Alias & Mustard Plug) members of the band also return for this night in their new band The Social Club! We are also pleased to announce that Fireapple Red will be joining the evening for a one off reunion show too. This show also marks Alternator’s return to Bucks SU after 2 years away!”

Check out other live music events at Buckinghamshire University via: